Copper is an under the radar resort, a snow lover’s gem hidden in plain site in the heart of the Rocky Mountains, Colorado.

World class skiing and riding is spread across naturally-divided terrain to suit winter warriors of all ages and abilities.

The world’s fastest skiers from Norway, Sweden, Germany, Austria, Italy, Canada, and Japan have been training at Copper in preparation for the Olympic season.

“Because of its elevation, premiere snowmaking capability, and the length of its course, Copper Mountain’s U.S. Ski Team Speed Center is one of the only places on the globe where skiers can train at maximum speed before the downhill racing season begins, and the Centennial State is one of the few places where conditions—dry, grippy snow—resemble what skiers will face at the Olympics in South Korea.”

2. And you can train there, too

Woodward Copper strives to be one of the best training grounds in the world – attracting skiiers and boarders from across the globe to use state of the art facilities run by the worldclass trainers.

Known for radical training ideas and intensive programs – Woodward is sought after for a number of reasons.

Take the Barn for example, an indoor wonderland filled with trampolines and foam pits to practice your park tricks and big air flips.

3. There is an alpine roller coaster

Thrills are guaranteed as you follow the zigs, zags, dips and dives of the mountain terrain and even speed through 360-degree turns.

Resort life is spread across three villages, all of them easy to transit on foot – adding a unique element to the vibrant atmosphere.

The mountain itself is easy to reach, only two hours drive from Denver International Airport.

As if an alpine rollercoaster wasn’t enough, Copper has also welcomed a new lift, hut and faster lift pass mechanism for the 2017/2018 season.
Off the mountain, boarders and skiers are spoilt for choice with new bars, restaurants and activities – including Toast & Co and Ten Mile Tavern. 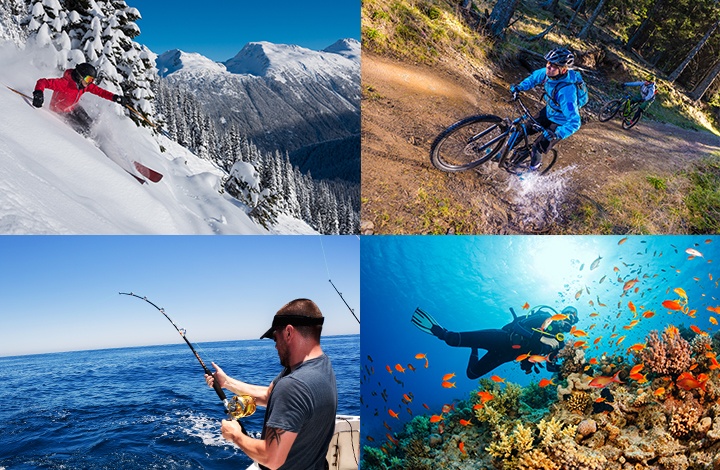