Situated between Hawaii and the Philippines, Micronesia has thousands of tiny islands and atolls and enjoys a tropical climate all year round. It offers a diverse and unique underwater experience with its stunning combination of pristine reefs, marine wildlife and legendary WWII wreck diving. All of this ensures Micronesia lives up to its reputation as a premier dive destination. Palau
Palau is diver’s Mecca and rated as one of the world’s best diving destinations, 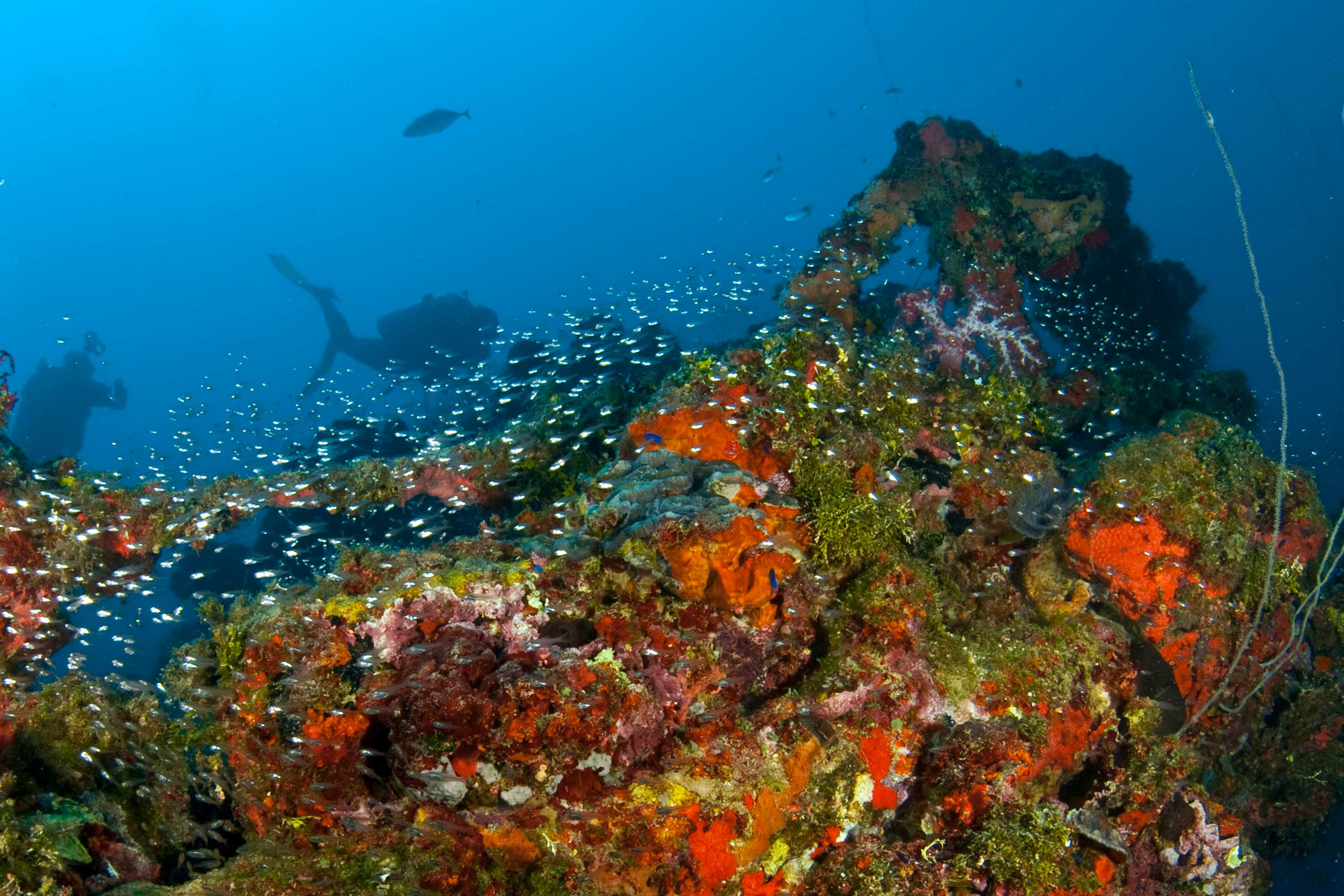 Chuuk
Chuuk Lagoon is a wreck divers paradise, suitable for both novice and experienced divers. 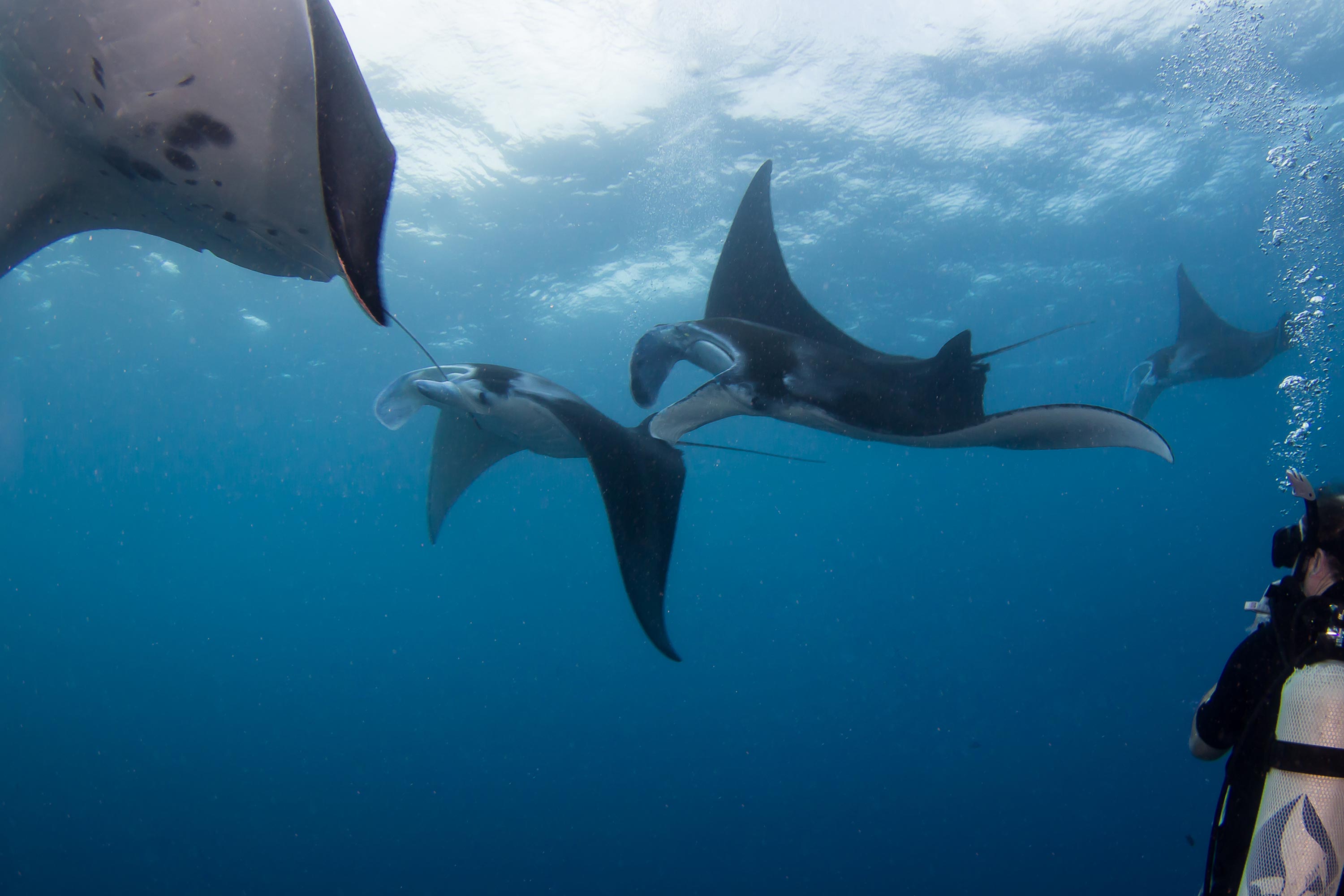 Yap
Head to the warm clear waters of Yap in Micronesia for some exceptional diving.

The Federated Sates of Micronesia (FSM), located on the Caroline Islands in the western Pacific Ocean, has a rich history dating back several thousand years. Ancient people sailing east from Asia and north from Polynesia originally settled the islands 4000 years ago. Later discoverers and settlers included the Spanish, Germans and Japanese. Following the trusteeship under U.S. administration after W.W. II, the FSM is now independent and self-governing

The Portuguese in search of the Spice Islands (Indonesia) came upon Yap and Ulithi in the 1500’s and then the Spanish reached the Carolines in the 16th century, with the Spanish establishing sovereignty until 1899. At that time, Spain withdrew from its Pacific insular areas and sold its interests to Germany, except for Guam, which became a US insular area.

In 1914 German administration ended when the Japanese navy took military
possession of the Marshall, Caroline and Northern Mariana Islands. Japan began its formal administration under a League of Nations mandate in 1920. During this
period, extensive settlement resulted in a Japanese population of over 100,000
throughout Micronesia while the indigenous population was about 40,000. Sugar
cane, mining, fishing and tropical agriculture became the major industries.

World War II brought an abrupt end to the relative prosperity experienced during Japanese civil administration. By the War’s conclusion most infrastructure had been laid waste by bombing, and the islands and people had been exploited by the Japanese Military to the point of impoverishment.

The United Nations created the Trust Territory of the Pacific Islands (TTPI) in 1947. Ponape (then including Kusaie), Truk, Yap, Palau, the Marshall Islands and the Northern Mariana Islands, together constituted the TTPI. The United States accepted the role of Trustee of this, the only United Nations Trusteeship to be designated as a “Security Trusteeship.”

On May 10, 1979, four of the Trust Territory districts – Chuuk (Truk), Kosrae, Pohnpei and Yap – ratified a new constitution to become the Federated States of Micronesia. The neighboring trust districts of Palau, the Marshall Islands, and the Northern Mariana Islands chose not to participate. The FSM, Republic of the Marshall Islands, and the Republic of Palau each signed a Compact of Free Association with the U.S., which entered into force on November 3, 1986, marking Micronesia’s emergence from trusteeship to independence.

Subsistence farming and fishing are of declining importance as tourism has come to dominate the domestic economy and fishing is largely pursued by foreign commercial concerns operating under license. Mineral resources are limited to a few high-grade phosphate deposits. Sales of these licenses account for over one-third of national income. Aid from the USA has also been a vital source of income: under the Compact of Free Association between the islands and the USA, Micronesia received US$1.3 billion in bilateral aid over the 15-year period up to 2001. Much of this was sunk into infrastructure projects, principally an airport and harbour on each of the main islands. The main industries FSM profits from are tourism, construction, specialized aquaculture, wood, pearls and craft items from shells.

Federated States of Micronesia.
It can be said that each of the four States of the FSM exhibits its own distinct culture and tradition, but there are also common cultural and economic bonds that are centuries old.

Each State has developed unique cultural characteristics. In Kosrae State, the Congregational Church plays an extremely important role in everyday life while in Chuuk, clan relationships remain an important factor. Yap continues as the most traditional society in the FSM with a strong caste system. Pohnpei has rapidly developed as the most westernized state in the nation. This results in large part because the national government is located here.

Although united as a country, the people are actually a heterogeneous mixture with different customs and traditions bound together by recent history and common aspirations. The cultural diversity is typified by the existence of eight major indigenous languages, and its people continue to maintain strong traditions, folklore and legends. Importance is also placed on the traditional extended family and clan systems.

Although in the past few decades, Palau has adapted to an international economy, Palauans for the most part strongly identify with their traditional culture. Probably the most noticeable aspect of Palauan culture is the people’s connection with the sea. Traditionally, it was the duty of the family to go to sea to harvest fish and battle against enemy villages. As the sea was the source of their livelihood, men developed a close relationship with the waters of Palau, becoming versant in the currents and the phases of the moon and the behaviour of the fish they sought to put on the table.

Palauans are a highly sociable people. Traditionally, history, lore and knowledge were passed down through the generations orally as there was no written language until the late 1800’s. Palauans still practice that traditional method, and at the end of the day, one can often find pockets of Palauans excitingly engaged in the telling of the stories of the more recent past.